Challenges and Opportunities in the Post-Pandemic Era: School of Education held the 9th International Conference on World-Class Universities (WCU-9)

On November 18, 2022, the 9th International Conference on World-Class Universities (WCU-9), organized by the Center for World-Class Universities of the School of Education, Shanghai Jiao Tong University, was held online. The theme of this conference is “World-Class Universities: Challenges and Opportunities in the Post-Pandemic Era”. More than ten famous scholars and presidents in the field of global higher education delivered their speeches. The conference was broadcast live in both Chinese and English online, with thousands of effective person-time participating on the live streaming platform. 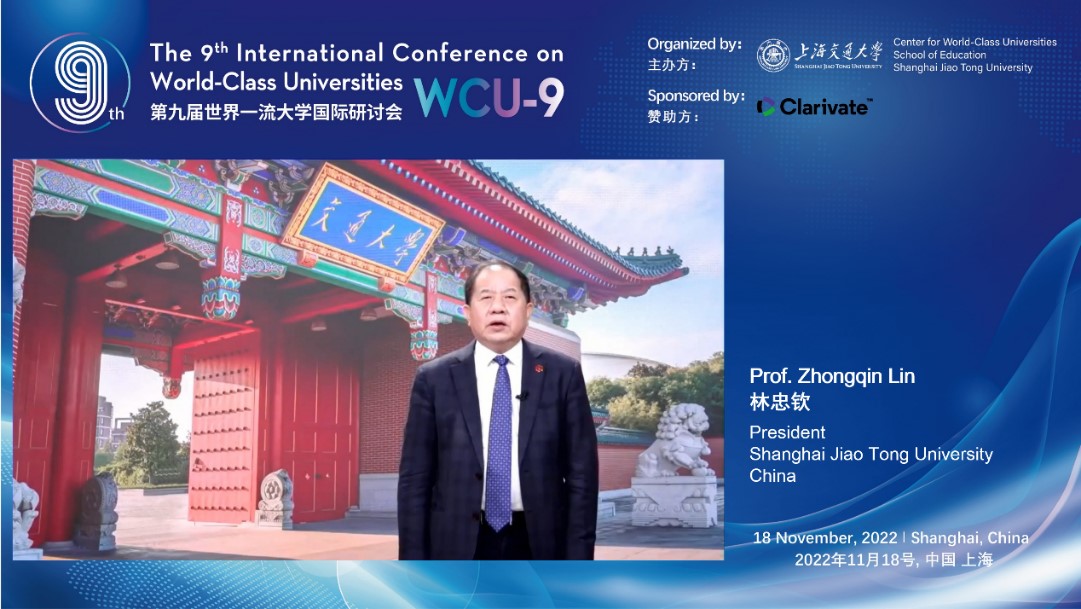 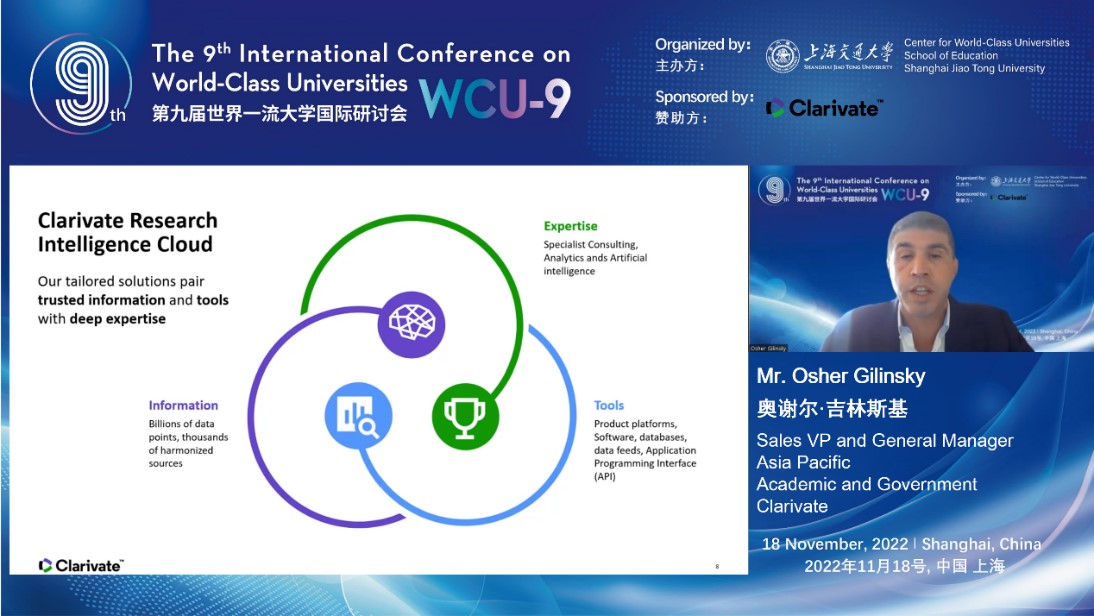 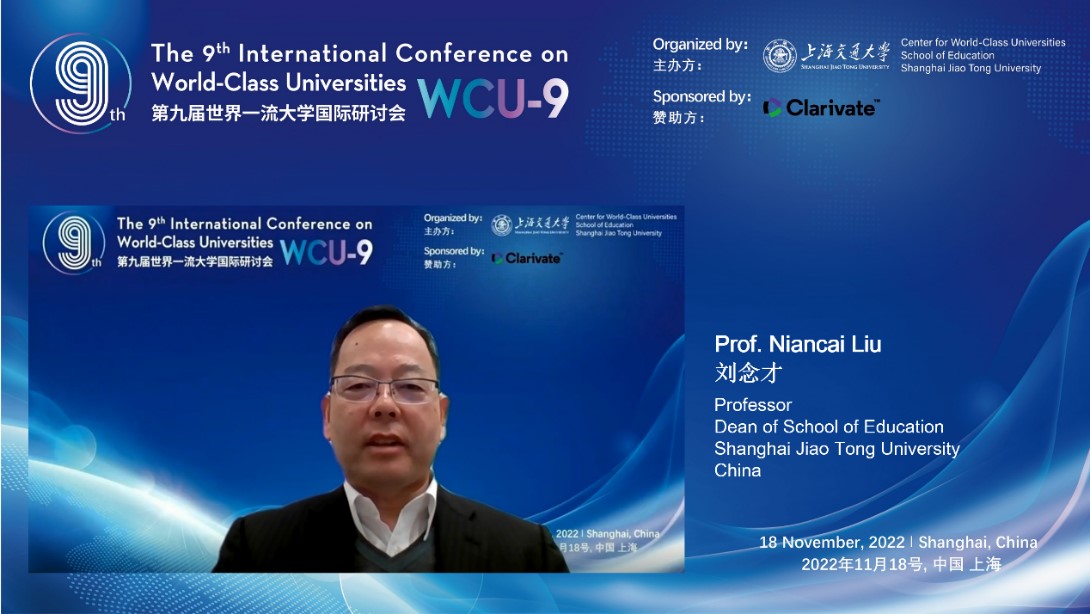 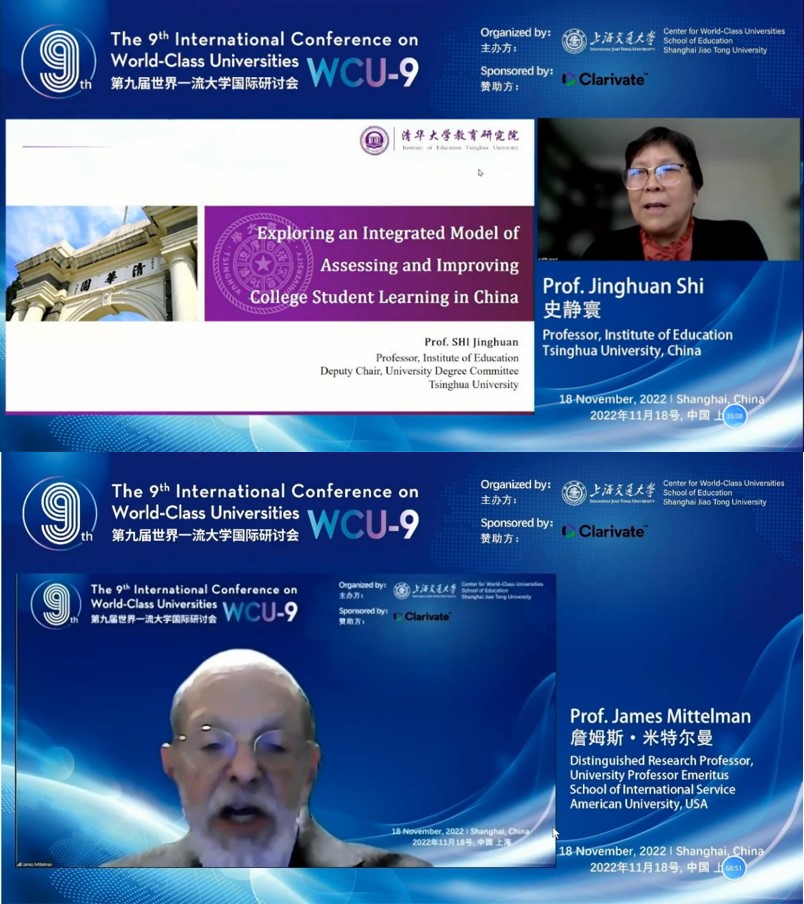 Professor Jinghuan Shi from the Institute of Education, Tsinghua University, showed how the world-class universities should give students the greatest learning support in the post-epidemic era, based on the performance of students from 15 “double first-class” universities in learning motivation, learning behavior, online learning, et al. Professor James Mittelman, Distinguished Research Professor and University Professor Emeritus from School of International Service, American University, USA, pointed out “a major flaw in ‘world-class’ imaginings” is that they “seek to realize transnational and transcultural levels of quality without sufficient regard for constraints and possibilities on the ground”. The alternative is to enrich the world-class model by the theories of cognitive capitalism and contextual inquiry. 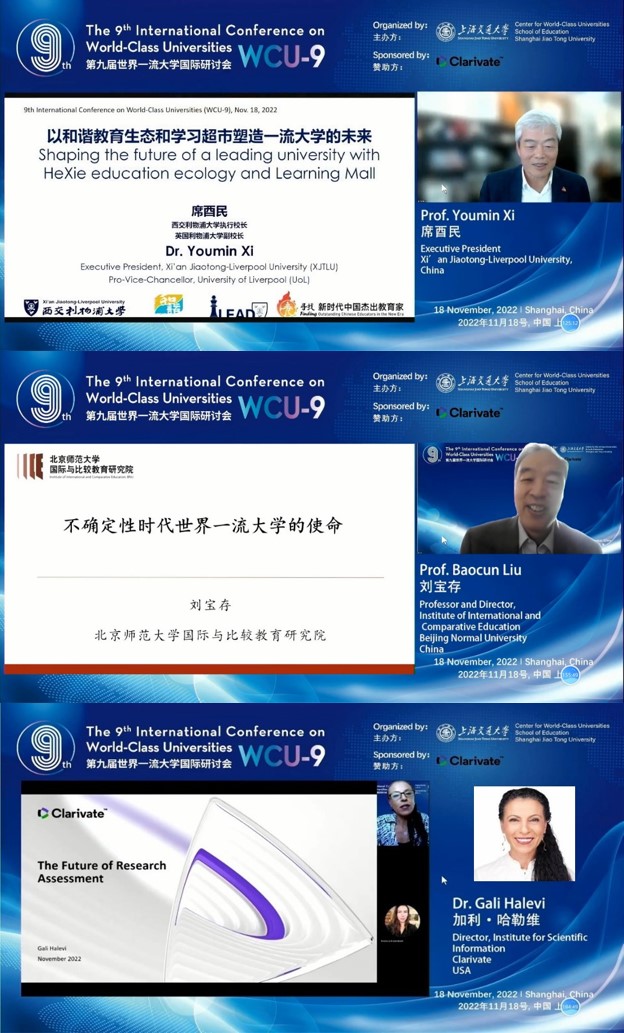 Professor Youmin Xi, Pro-Vice-Chancellor of University of Liverpool, UK and Executive President of Xi’an Jiaotong-Liverpool University, China, underlined that world-class universities need to think “what kind of future education could survive or could train the talents for the future society”. Professor Baocun Liu, Professor and Director of Institute of International and Comparative Education, Beijing Normal University, pointed out that world-class universities should take full advantage of their functions, such as talent training, scientific research, social service, et al, to lead the sustainable development of the globe. Dr. Gali Halevi, Director of Institute for Scientific Information, Clarivate, indicated that for world-class universities, research impact should be measured by its contribution to the economy, society, environment and culture, beyond citations and publications alone. 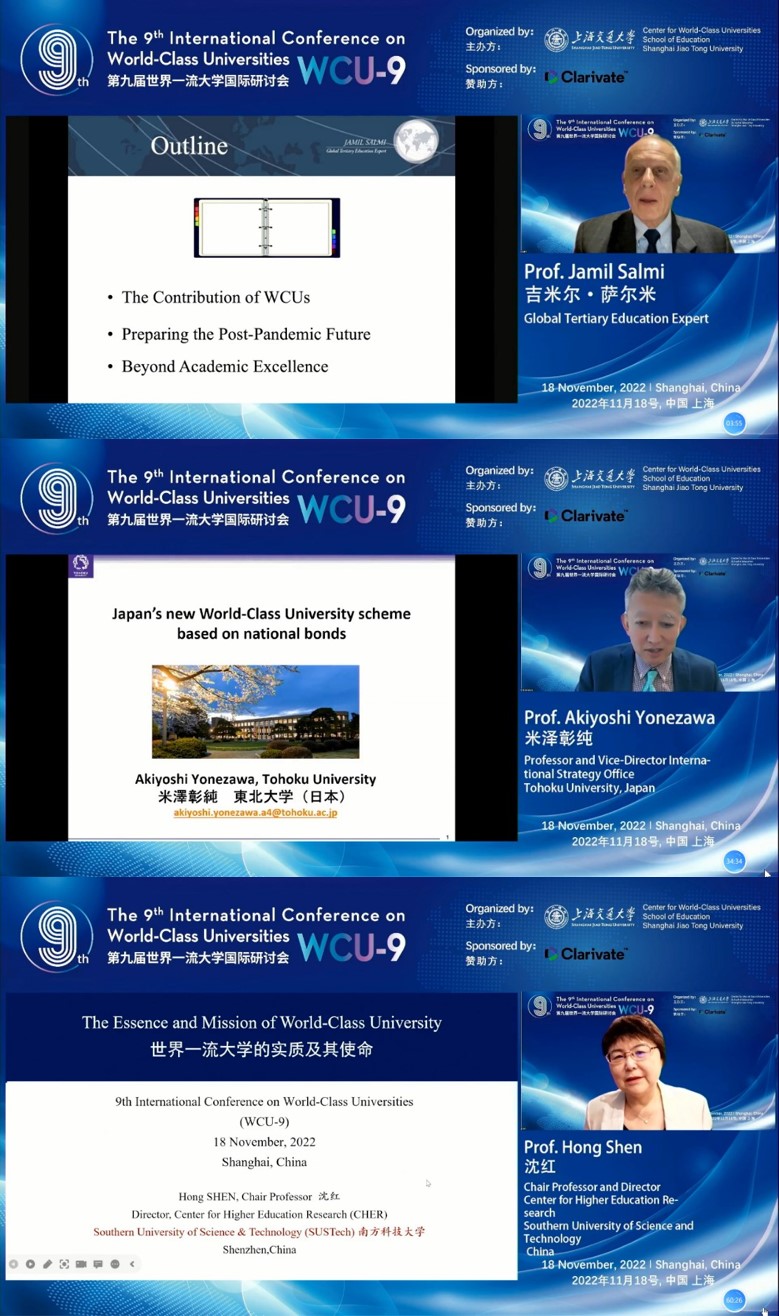 Professor Jamil Salmi, a global tertiary education expert, examined what positive contributions world-class universities have made to the new challenges caused by the pandemic and how to prepare for facilitating the transition to the post-pandemic world. Professor Akiyoshi Yonezawa, Vice-Director of International Strategy Office, Tohoku University, Japan, introduced the latest academic excellence initiative scheme in Japan, and explored the opportunities and risks for world-class universities worldwide. Professor Hong Shen, Chair Professor and Director of the Center for Higher Education Research in Southern University of Science and Technology, proposed that a world-class university is an abstractive conception of ranking results, and its essence is a high-level research university, shouldering the mission to establish diversified and flexible evaluation standard for top universities. 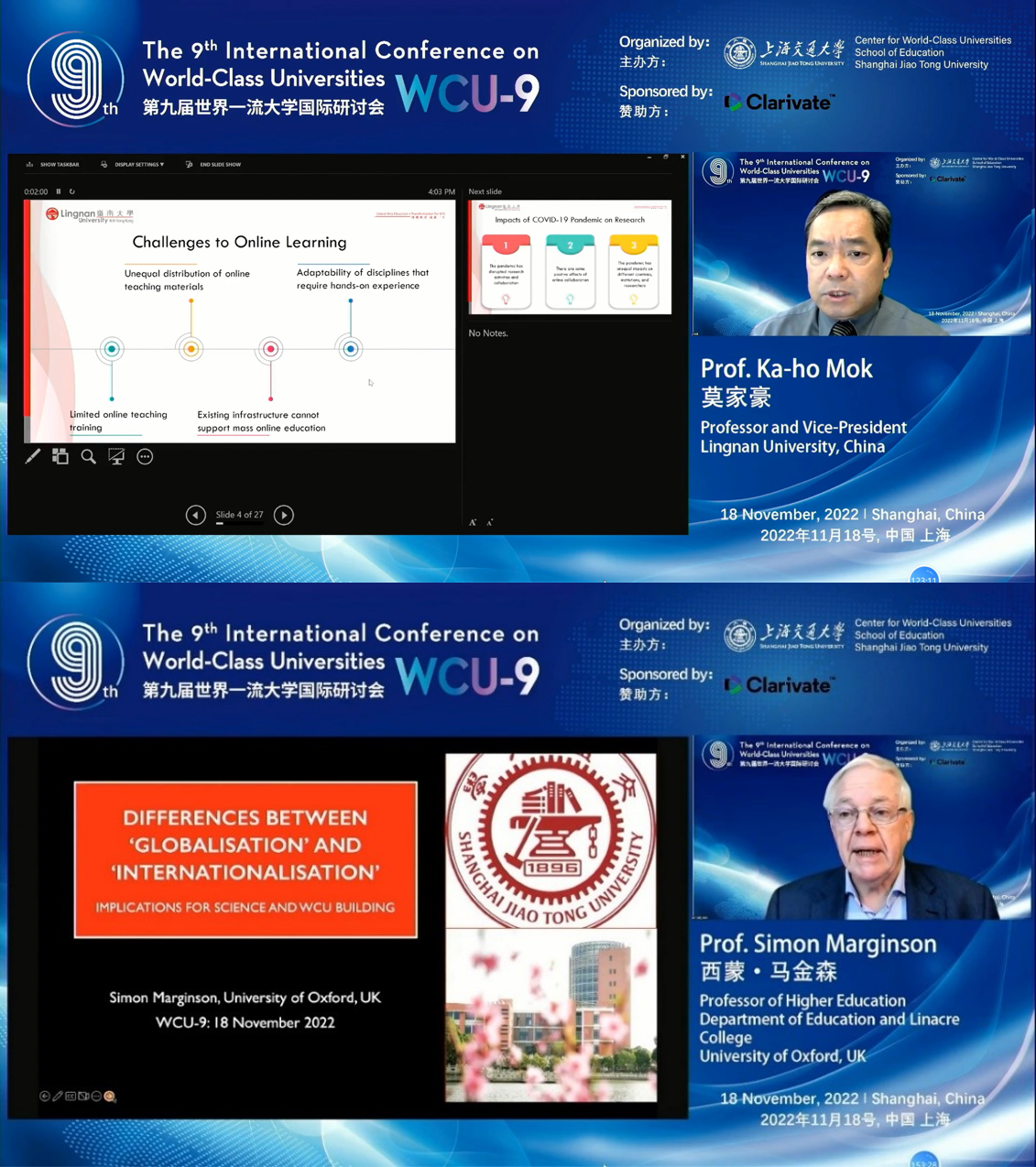 Professor Ka-ho Mok, Vice-President of Lingnan University, Hong Kong, pointed out that world-class universities should respond to challenges brought by the global health crisis and search “new governance in better managing higher education teaching and research” in the post-pandemic era. Professor Simon Marginson, Professor of Higher Education, the University of Oxford, Director of the ESRC/RE Centre for Global Higher Education (CGHE) by comparing the difference between “globalization” and “internationalization”, proposed that global system has been essential in the development of science and world-class universities, and how to design a global approach as inclusive as possible become a new challenge. 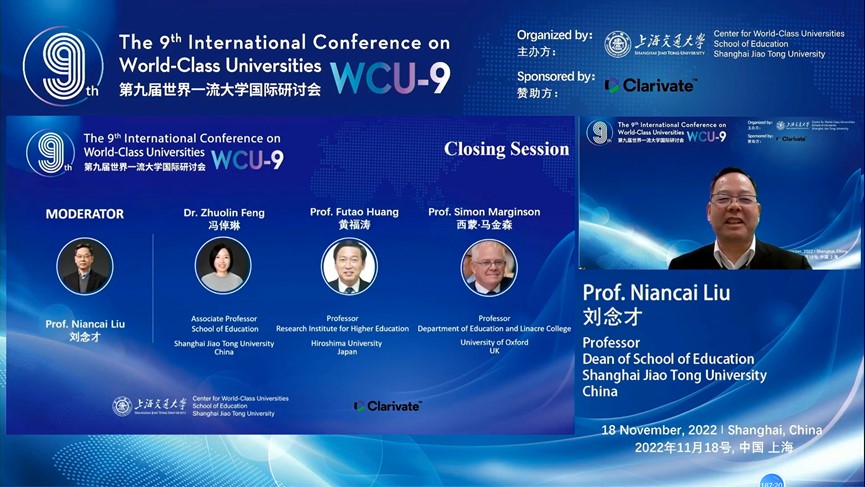