Inspired by the recent visit of German Chancellor Olaf Scholz, an innovation consortium focusing on encouraging cooperation among enterprises, research institutes and universities across China and Germany was launched in Shanghai on Sunday.

The launch ceremony for the consortium was held during the 2022 Yangtze Delta International Conference on the Cooperation and Integration of Industry, Education, Research and Application.

The conference, initiated by the Ministry of Education in 2018, was jointly organized by the governments of Shanghai, Zhejiang, Jiangsu, Anhui and Shandong. The opening ceremony was organized by Shanghai Jiao Tong University. 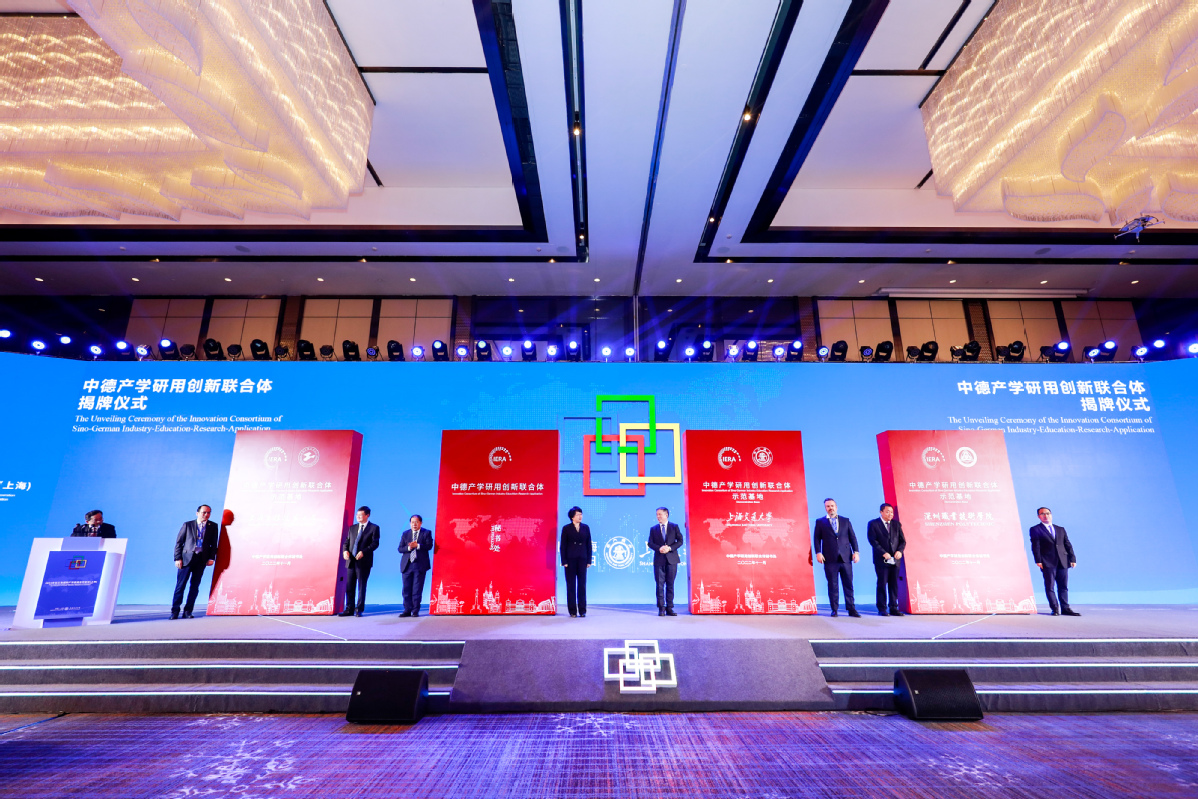 "This year we celebrated the 50th anniversary of diplomatic relations between China and Germany. The latest visit by our Chancellor Olaf Scholz showed the commitments of the German industry to remain and grow in the Chinese market," said Maximilian Butck, executive of the German Chamber of Commerce in China, during the ceremony.

Butck noted that many R&D initiatives and partnerships have been established between German and Chinese companies in recent times.

"The cooperation between companies and universities in Germany is normal, of high level and efficient. I believe it will be very beneficial for China if Chinese universities can work with German companies," he added.

The unveiling ceremony of the Innovation Consortium of Sino-German Industry-Education-Research-Application in Shanghai, Nov 27, 2022. [Photo provided to chinadaily.com.cn]

"The collaboration between China and Germany on encouraging cooperation among enterprises, research institutes and universities is beneficial to the people of the two countries. It has a lot of potential. I hope the Chinese side can learn from the German expertise in this area so we can bring more enterprises, research institutes and universities and generate more energy," said Shi.

Three roundtables were also held during the one-day conference which attracted top academic names such as Turing Award laureate John E. Hopcroft, a foreign academician of the Chinese Academy of Sciences, and experts from 24 universities home and abroad, including Osaka University, the Hebrew University of Jerusalem, Singapore's Nanyang Technological University and the Ocean University of China, according to the organizers.

Chongming district was announced as the permanent venue for the conference during the event.