On September 30th, the awarding ceremony of the 2020 and 2021 Chinese Government Friendship Awards was grandly held in the Great Hall of the People. One of the 2020 Chinese Government Friendship Award winners is Tudor Ratiu, academician of the European Academy of Sciences, Vice President of the Internationalization Demonstration Academy of Shanghai Jiao Tong University (SJTU) School of Mathematical Sciences (SMS) and SMS Chair Professor. Prof. Ratiu spoke at the ceremony as the representative of the award-winning foreign experts. After the ceremony, Premier Li Keqiang met with these foreign experts in the Great Hall of the People, extended warm congratulations to them, fully affirmed their contributions to advancing China's reform and opening up and promoting the friendly exchanges between China and other countries, and sent his warm regards to all the foreign experts and their families in China. After the meeting, the foreign experts were invited by Premier Li Keqiang to attend the reception for the 72nd anniversary of the founding of the People's Republic of China. 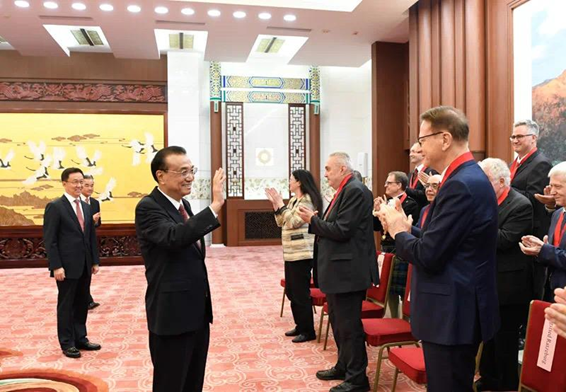 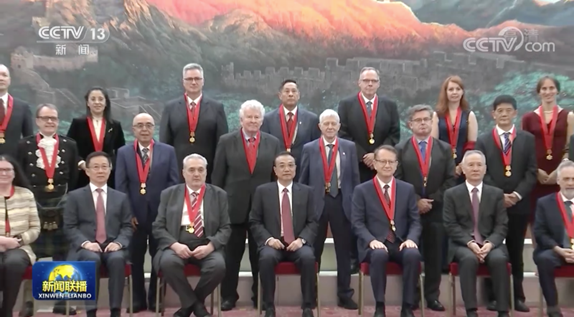 Prof. Ratiu has been working in China full-time since the beginning of 2016, serving as the Vice President of the Internationalization Demonstration Academy and Chair Professor of SMS. He was also the winner of the Tullio Levi-Civita International Achievement Award (2016), Shanghai Magnolia Silver Award (2018) and Shanghai Jiao Tong University President Award (2020). In 2019, Prof. Ratiu was elected academician of the European Academy of Sciences. He is of the first members of the American Mathematical Society, engaged in the research of applied geometry and related disciplines, and is one of the founders of reduction theory, who has published a number of high-quality papers in leading international academic journals of geometry, power systems and cybernetics as well as multiple monographs. Prof. Ratiu has been proactively and productively promoting the international development of SJTU's mathematics based on his work experience at leading universities in various countries since he started to work full-time at SJTU. He invited and recommended a large number of excellent foreign experts and young scholars to work either full time or part-time at SJTU, contributed to SJTU's international scientific research collaboration with European universities and participated in the talent development and curriculum reform of SMS. He was invited to deliver a keynote speech at the workshop of foreign experts organized by China's Ministry of Science and Technology, where he proposed recommendations for the development of China's mathematics and other sciences. 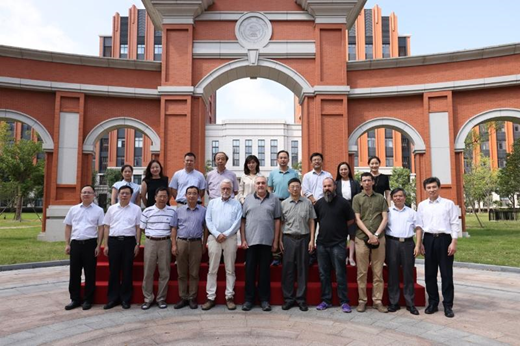 The Commission for Managing the “Promotion Project of Internationalization Demonstration Academy”

In 2014, SMS was selected into China's first batch of "Promotion Project of Internationalization Demonstration Academy", which was jointly launched by the State Administration of Foreign Experts Affairs and the Ministry of Education. And it was the only mathematical sciences college to be selected. The SMS established an international management commission for the Promotion Project to innovate in talent import and international services and pursue excellent instruction and research, in an effort to produce the best practices that can be applied to the world's leading disciplines and turn the SMS into a global leading hub of scientific research and talent development for demonstration purposes. The SMS now boasts a strong academic team that consists of academicians and foreign academicians of the European Academy of Sciences, foreign academicians of the Chinese Academy of Sciences, state-recruited experts, excellent young and middle-aged academic personnel, excellent young scholars and nationally-renowned instructors, laying a solid foundation for turning the SMS into one of the world's leading universities.

As the "Promotion Project" proceeded, the SMS delivered various academic activities, holding 20-odd international conferences and academic meetings as well as 300-odd academic briefings every year. It has brought in international talents to teach and cooperate in scientific research at SJTU through the "High-Level Visiting Scholar Research Initiative", the "Wu Wen-Tsun Center of Mathematical Sciences Visiting Professor Program", the "Internationalization Demonstration Academy Visiting Program", the "Internationalization Demonstration Academy Sabbatical Leave Visiting Program", seminars and international summer schools. Every year, 70-odd SMS instructors deliver reports at key international academic meetings held at home and abroad. 71 people from the SMS served as the editor-in-chief or editorial board member for domestic and international key academic journals, and the proportion of international co-authored papers have remained over 45% for five years in a row. The SMS has been establishing longstanding and profound collaborative relations with leading universities abroad, as evidenced by diverse joint development and dual degree programs, collaborative academic programs and joint research centers in partnership with the University of Oxford in the UK, the Sorbonne University in France, the University of Wisconsin–Madison in the US, the National University of Singapore and the Moscow State University in Russia, etc. These efforts have contributed to the "Promotion Project" of the SMS, accelerated the endeavors of the SMS to build the world's leading discipline of mathematics and provided fresh pathways and experience to the overall international development of SJTU.

The Chinese Government Friendship Award is reportedly presented as the award of the highest honor for foreign experts who have made an outstanding contribution to China's modernization. 1,799 foreign experts have won the award since it was created in 1991, of whom 6 are from SJTU.