Routledge, the top publishing house in the English-speaking world that specializes in humanities and social sciences, recently published “After Postmodernism”, a monograph by Wang Ning, a senior professor of humanities and social sciences at Shanghai Jiao Tong University (SJTU) and a foreign member of Academia Europaea. The first edition of this book by Professor Wang was published in Chinese in 1997 and has been continuously revised and expanded upon since then. With the gradual decline of postmodernism in the Western world, scholars worldwide have expressed their views on it since the 1990s. Wang Ning was one of the first scholars to introduce postmodernism, a literary theory that originated in the Western context, into China. Since the early 1990s, he has published numerous Chinese and English works in major journals at home and abroad. Considered the most productive and influential postmodern theorist and comparative literature scholar in contemporary China, he enjoys a high reputation, as his achievements have been widely recognized in the international academic community. 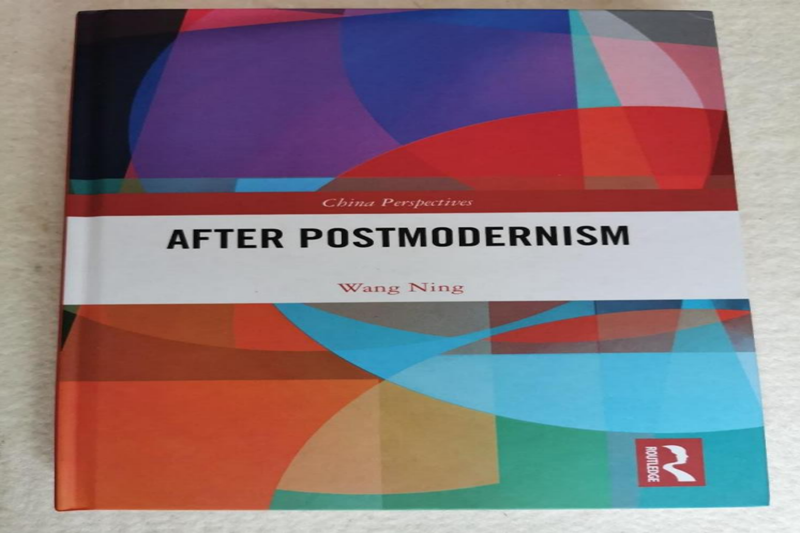 With his keen theoretical foresight and seriousness of academic thinking, Professor Wang began to predict the development direction of international literature and theory after the decline of postmodernism at a time when postmodern literature and theory were in their heyday in China. Based on the experience of Chinese literary creation and theoretical criticism, the book reshapes the theoretical trend of thought after Western postmodernism and thus participates in the international discussion of literary theory with a positive attitude, changing the central position in the knowledge production of Western literary theory to a certain extent. The book is divided into four parts. The first part summarizes the discussion on postmodernism in the international academic circle since the 1990s. It sums up the new pattern of thought in the Western cultural theory community after the decline of postmodernism. The second part focuses on postcolonial theory and literature. After taking a “bird’s-eye view” of the origin and current situation of postcolonial theory, it critically analyzes the theories of three representatives of postcolonial theory, Said, Spivak, and Baba. It expresses his views on the issues of “postcolonialism” and “decolonization” that relate to Chinese literary, film, and cultural circles, which serve to get involved in the international postcolonialism theory discussion. The three chapters of the third part deal with Western and Chinese feminist literature and theory, and for the first time, discuss Butler’s “queer” theory and post-structuralist gender studies in the Chinese context, and critically discuss Butler’s gender theory from the perspective of Chinese theory. The cultural studies discussed in the fourth part are still prevalent in the West and China, addressing consumer and mass cultures.

The innovative approach of the book lies in that when introducing Western cultural research into China, it completely reconstructs this Western theoretical method from the perspective of Chinese cultural research practices. The book was first published by the China Literature Press in 1998 and has greatly impacted both sides of the Taiwan Strait. In 2017, after the Chinese Social Science Citation Index (CSSCI) of Nanjing University selected it as a “High Cited Academic Series of Foreign Languages and Literature”, the author made major revisions, updated the cited literature, and added three chapters. After the revised edition of the book was published by the Shanghai Foreign Language Education Press, many Chinese and foreign scholars hoped that the book would be published in English. Routledge purchased the copyright of the English edition and signed a royalty agreement with the author. Professor Wang believes that an academic work written for Chinese readers is different from a work written for the English-speaking world. His monograph has six chapters that were first published in an international authoritative journal in the form of a single paper, thus having a direct dialogue and discussion with international peers. He decided to translate and rewrite the work in English himself. After nearly a year, he translated and wrote the book himself, significantly updating his previous views and references, making the English version of the book appear in the English world with a new image, and contributing Chinese thought and theoretical wisdom to the international academic community.