A special symposium on the topic of the future of museums was held at the Institute of Cultural and Creative Industry at Shanghai Jiao Tong University.  The Future Museum Studio-- a special research initiative at ICCI funded by the Shanghai Municipal Education Commission-- invited three highly acclaimed international speakers to have a conversation about the future of museums: what they might be like, how they can progress, and who might benefit.  Lath Carlson, the Executive Director of the Museum of the Future in Dubai, was joined by Barcelona-based exhibition designer, Olga Subirós, and Todd Palmer, the Director of Diverity in Design Collaborative, of Chicago.  The session was moderated by ICCI's Spring 2022 Visiting Artist, Mona Kim, who is also an acclaimed Paris-based exhibition designer, and ICCI Professor Geoffrey Alan Rhodes, who is the Director of the Future Museum Studio. 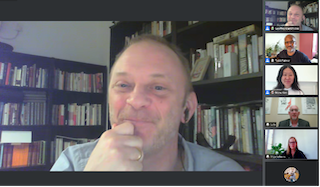 "It was wonderful to bring together people from all over the world to have this conversation," said Professor Rhodes.  "This period of remote classes and education also offers special opportunities to have a simultaneous conversation between experts in Dubai, Chicago, Paris, and Barcelona for an audience of almost 2000 here in Shanghai."  "Mona Kim organized our discussion around three key issues: what the future museum be, how can we get there from here, and who can be included in this progress.  It was an optimistic conversation, with our speakers building on current trends to propose a future museum that benefits more people, and has the potential to transform society."  "The entire conversation was in line with the mission of the Future Museum Studio at ICCI.  We are working to creatively imagine new museum experiences through new technologies-- and a big part of this is reaching new audiences, and reaching them in ways that connects people to history."

The symposium began with short keynote presentations by the three panelists, explaining their own work and key issues they are considering. 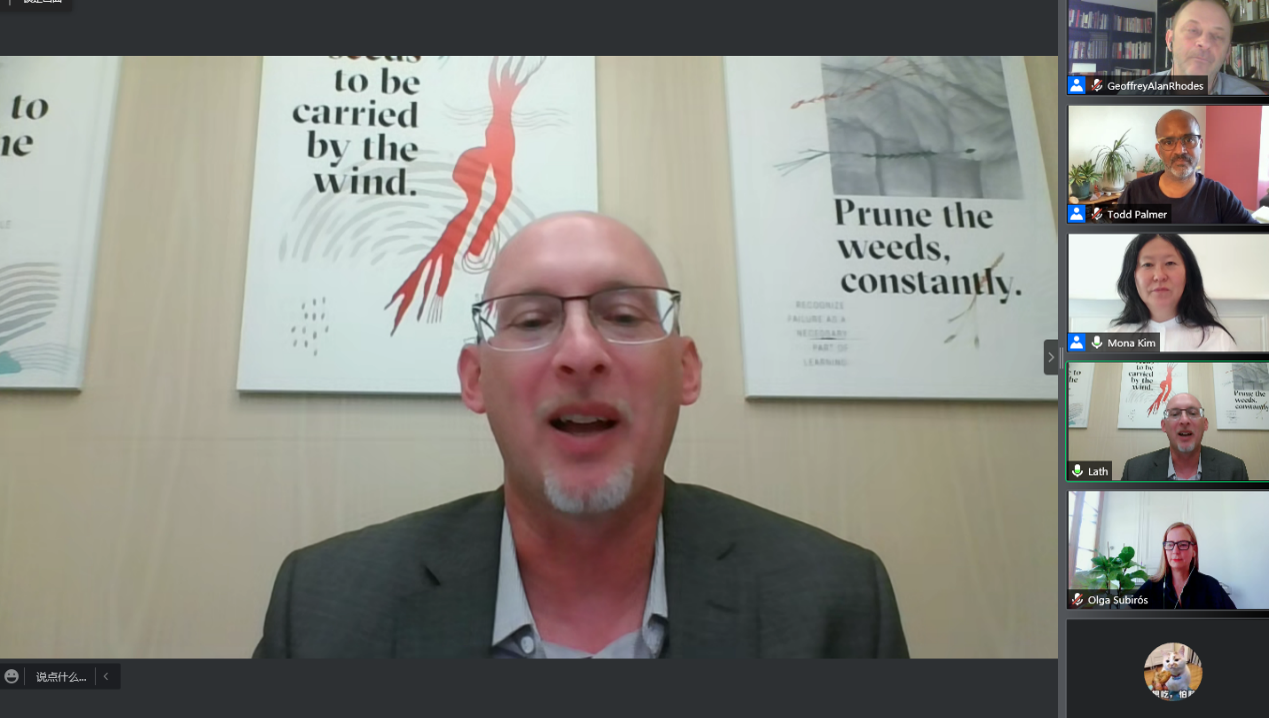 Lath Carlson presented, "Museums for the Future," giving the audience an in-depth view into the one of the world's newest and most ambitious museums, The Museum of the Future, in Dubai. 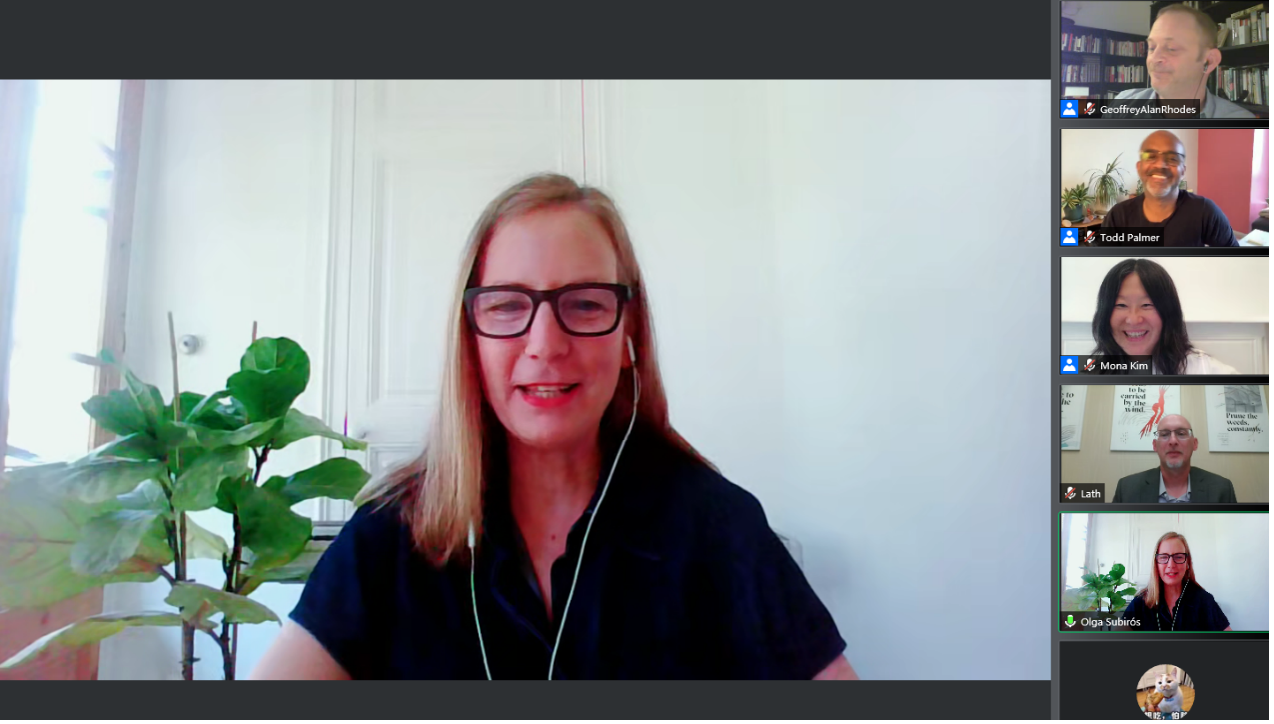 Olga Subirós presented, "The Exhibition Space as an Emergency Toolkit," extrapolating from her experience as a designer of exhibitions to ask, what design ideas an be applied to the structure of the museum as an institution. 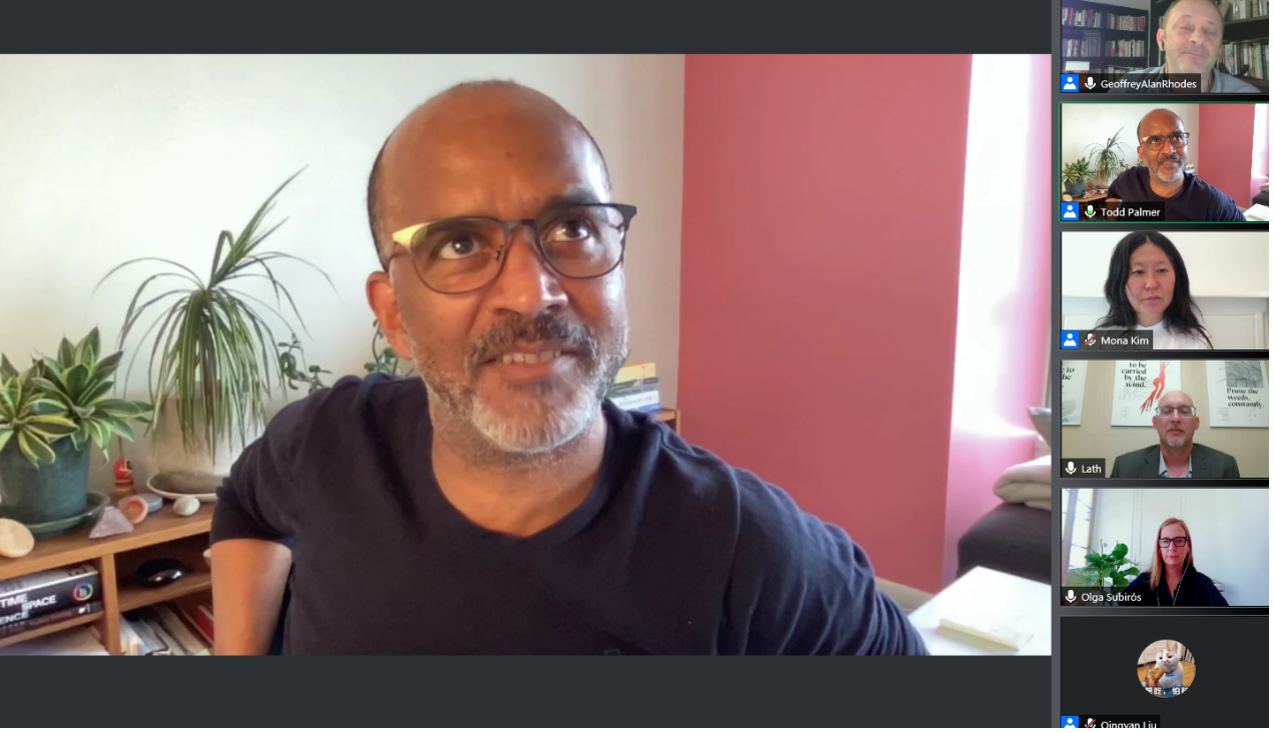 Todd Palmer presented, "Who Futures, Museums?" addressing key issues of who is included, and how, in the decision making around what to collect, and how to share it with audiences. 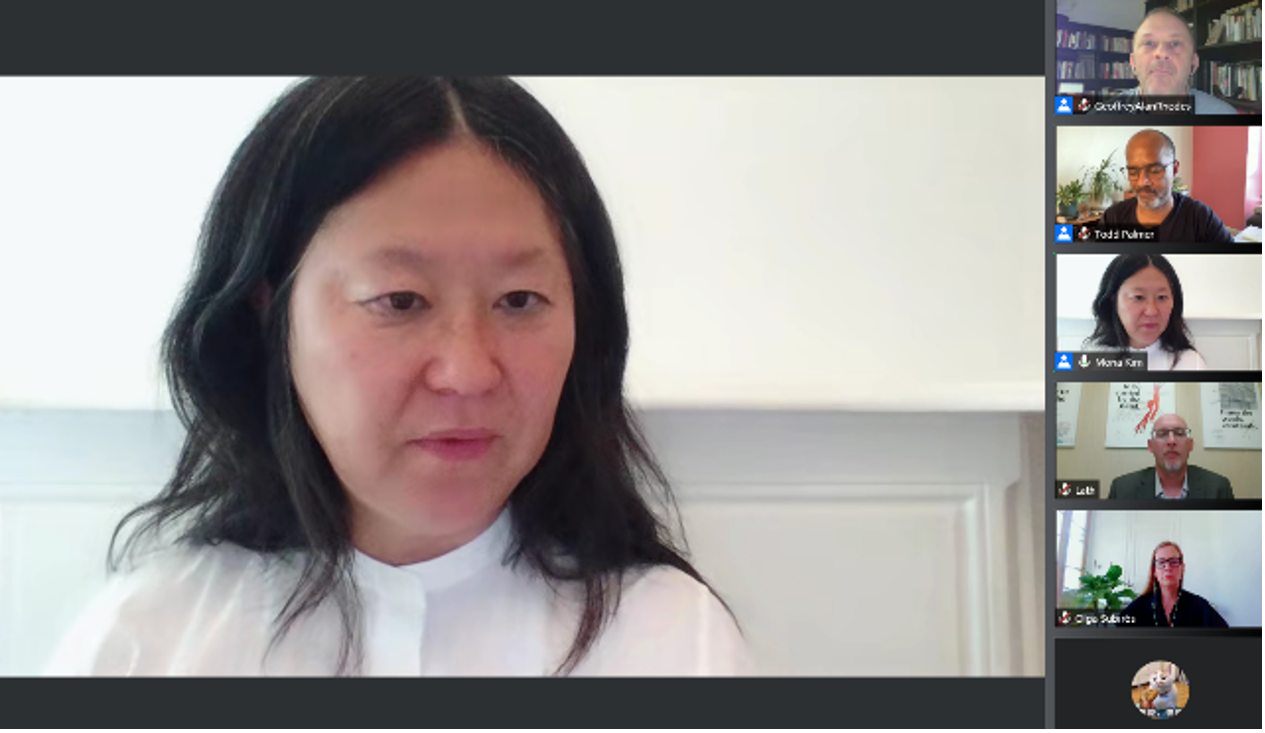 In the discussion, some central issues that concern the future of museums emerged: accessibility, authenticity, and networking.  Lath Carlson sited the fascinating study by Jesse Prinz and Angelika Seidel that found that audiences would overwhelmingly prefer to see a destroyed original (the burnt ashes of the Mona Lisa, in the case of their survey), instead of a pristine reproduction.  Carlson suggested this should make us suspicious of claims that technology and a museum can, for new audiences, replace artifacts and in-real-life experiences with digital technology.  Todd Palmer imagined a future museum that could satisfy the model of the "15-Minute City" proposed by scientist Carlos Moreno: an urban experience in which both amenities and culture are all within walking-distance for everyone.  And Olga Subirós provocatively stated, "The Museum is not Enough," to emphasize imagining the museum as an active network that creates connections between groups and people, and is also, itself, connected with partners (and platforms) throughout society.

This Spring semester, Mona Kim and Professor Rhodes are co-teaching a creative studio class of graduate students from ICCI's new MFA with a focus in Digital Curation. Students have formed 'think-tank' groups to develop proposals for future museums: visualizing what the museums of the future could be with innovative technology, concepts, and new organizations.  Their final projects will be presented next week, and will surely benefit from the provocative ideas put forth in the symposium.